I started my coaching journey with NLP as my primary modality after getting certified in 2007. I then got exposed to emotional process work in 2009 which is what ultimately led me to Life Coaching.

Emotional process work blew my mind. Watching facilitators resolve intense states of being (sometimes sobbing!) just by asking a few questions made me realize what an understanding of the primal emotional nature of the mind was required to facilitate such processes. I decided that I was going to get really good at facilitating EPW. It turned out that EPW facilitators make great Life Coaches. After almost 300 hours of EPW facilitation, the transition to Life Coaching was a very natural one.

While Life coaching, I happen to coach 2 different athletes and I experienced what every coach would consider a wet dream. You see, coaching is about taking action. Not talking about the past (which is what would typically happen in therapy), so when coaching these athletes, I was blown away at how motivated they were, how disciplined they were and most importantly, how conditioned they were to listening to a coach and implementing feedback.

I wanted to work more with athletes!

I started doing research about how I could do this. I found a way.

Living in South Africa, I found that mental conditioning for athletes was years behind the rest of the pro athletic world. so I decided that that was going to be my entrance in to the field of Performance coaching. 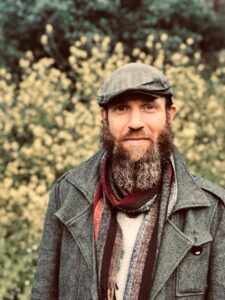 I created a methodology for human performance called Flow-Zone that, although is good for any human in any performing capacity (sport, corporate, recreational or professional), I decided to focus on athletes and specifically, MMA (mixed martial arts - also known as cage fighting) since it was (and still is) the fastest growing sports in the world and has quite a lot of media exposure.

Slowly, slowly, one fighter and one fight at a time, I started building a reputation as a mental conditioning coach that gets athletes "flowing in the zone".

All this, while still working with other athletes across multiple sports like show jumping, physique modelling, power lifting, cycling, sprinting and figure skating as well as building a Life Coaching practice.

In 2013, I was offered and I accepted a business coaching position in a government funded business incubator that focused on developing under resourced African entrepreneurs. During this time and with a portfolio of 19 micro enterprises, my business coaching skills soared. It was a truly wonderful experience with amazing people who really care about making a meaningful difference in the world.

After leaving the incubator to pursue my coaching career, I focused my efforts on Executive Coaching and Leadership Coaching as I felt I was doing this anyway at the incubator but just on a much smaller scale. I felt that by coaching CEO's and business executives, I would have a larger sphere of both direct and indirect impact.

Throughout my years in the different genres of coaching and probably due to my obsession with the human mind and reality creation (manifestation), my mind kept on noticing the same human commonalities that were present regardless of the coaching genre, client or context.

Everyone is trying to get somewhere or achieve something and there is always something to get passed or get through like a hurdle or a blockage.

I discovered how to get passed those hurdles or blockages no matter what the context or situation or the circumstances. And so was born my very own niche of coaching: Breakthrough Coaching.

I will NEVER spam you or give out your email address.